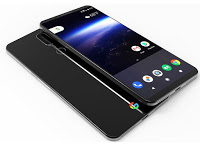 Yes, there were issues here and there concerning its availability,
but one could consider the Google Pixel and Pixel XL as two of the better
top-end phones launched in 2016. Their greatest feature was the shooter, which
really set a standard for all other flagships to meet or cross.

Now, seeing the tremendous popularity in the mobile market,
Google decided to dig in more resources into the Pixel project. For now, no one
outside the company is really sure if we should be waiting for 2 or 3 new
handsets as there have been conflicting rumors regarding the precise number,
but it’s sure that Pixel fans will get their fix in a matter of days.

The 2016 Pixel and Pixel XL came into existence as result of
a partnership between Google and HTC, which had the accountable for actually
producing the phones. Report says LG has been chosen as this year service
provider for the second-gen Pixel, which is not shocking to us at all as we all
know Google and LG have been in business together for long – in the days of Nexus
devices.
It’s worth mentioning that with the Pixel lineup, Google has
full creative control over its phones’ design. The Pixel and Pixel XL were not
based on a pre-existing design, so we probably shouldn’t expect this year’s
Pixels to be dead ringers of the LG G6.
Design 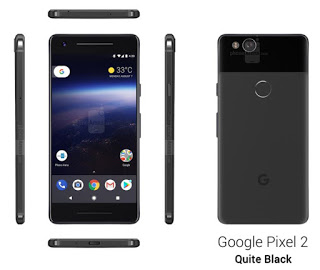 Different renders based on the usual speculations says that Google
might also be boarding the train of bezel-busting handsets with an exorbitant
screen-to-body ratio, but one can never know. Granted, a Pixel phone with such
a design will most likely look great, especially when compared with last year’s
first batch of Pixel phones – undeniably, those two were not that inspiring in
terms of their looks and raised a few eyebrows for all the wrong reasons.
According to some recent rumors, only the larger
“Taimen” could be sporting a bezel-less design, while the
smaller-sized handset is likely to retain the general looks of last year’s
Pixel. Sorry, bezel haters. 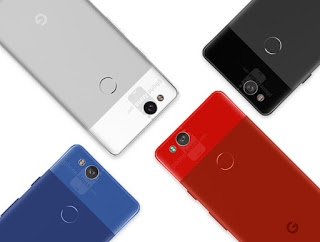 Now, while we have nothing concrete about the design of the
Walleye, we’ve heard through the grapevine that the Taimen is about to feature
such bezel-slimming design that will make it relevant to the contemporary
industry trends.
Related Posts

Admittedly, it will be somewhat weird for Google to bring
such a massive design overhaul to only one of its new devices, but we shouldn’t
rule out that possibility.
There could also be a pair of stereo front-firing speakers
on the Pixels.
This was implied by one of the recently-leaked real-life
images of the Pixel, though it remains uncertain if both devices will sport
these or only the larger one will have the honors.
Now, supposedly, both the Google Pixel 2 and Pixel XL 2 will
be water-proof phones, which will be a great feature to have and put in on par
with the rest of the top-shelf devices out there.

The smaller imminent Google handset is expected to come with
a 5-inch screen, while the larger one is reportedly spotting a large 6-inch
display. Other expected features include
The Pixel 2 XL is said to spot a 5.99-inch 1440p OLED
display with a taller, bezel-less screen, while the Pixel 2 is said to have a
4.97-inch 1080p OLED screen with bigger bezels.
Hardware
Recall that GFXBench gives us some info about these devices.
The 5.6-inch Taimen appears to be powered by none other than
the Qualcomm 835 chipset blazing at 2.4GHz and supported with a 4GB RAM for good
multitasking purposes. However, there some speculations that the Pixels could
be the first handset to arrive with the Snapdragon 836 chipset on board. Since
the chipset is not official yet, such a move would make the Pixels the
pioneering Snapdragon 836 devices out there. 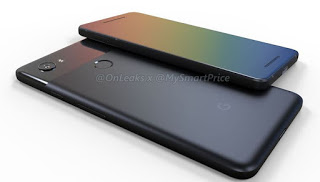 An Adreno 540 GPU holds the promise of crushing through any
game you might throw at it, and finally, we seem to have around 128GB of native
storage aboard the Pixel XL 2 and 64GB/128GB of storage for the smaller Pixel.
Now, these rumored specs sound awfully convenient and logical, but there’s
always the chance of things not turning out exactly as we expect them to do.
Given that Google is unlikely to announce and release its upcoming Pixel phones
until this fall, there’s always the chance that a speedier chipset might find
its place within the confines of the Pixel smartphones.

We also heard that only
the large phone could feature a 3.5mm audio jack, whereas the small one will be
ditching that one, quite possibly due to limited space issues. That still holds
true as of August 2017, as we’re still hearing that Google might be looking to
ditch the traditional audio interface on its upcoming Pixel phones.

Camera
Rumor says a 12MP snapper will be at the rear of the Taimen,
while the selfie camera would likely weigh in at 7MP, which might seem like a
pretty lowly resolution, but it’s more than enough for social media. 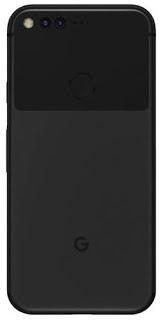 So far, we have no concrete evidence that points out the
next round of Pixels could feature dual-cameras. There’s always the
possibility, though, but sadly we wouldn’t know until the phones become
official… or a grander leak comes along.
Software
Being Google’s own phones, the next-gen Pixels are
unsurprisingly going to showcase the next version of Android, which is
currently only known as “O”, no doubt about it. Just like last year’s
Pixels, we have a hunch that the new phones will have a couple of exclusive
software features that will set them apart from other bone-stock Android
devices. For example, the Google Assistant was initially a Pixel-exclusive and
only later on arrived on other Android phones. 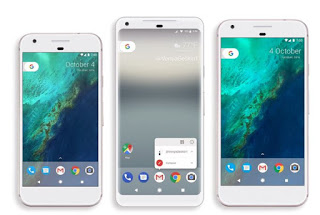