The unending issues face by BBM users in 2017 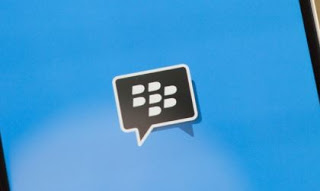 Almost every BBM users hardly escape a day without facing
issue with the social networking platform.
According to a report from Crackberry, BBM users on Android
and iOS platforms appears to be wallowing in the world of disappointment as
different issues keeps emanating every day. For example, the issue of forcibly
logging out, inability to login sometimes and a lot more.
WhatsApp came from nowhere to take over the floor and since
then, they have refused to stop rolling out new updates. Personally, I really
do prefer BBM to WhatsApp.
Related Posts

It must be over a year ago now since I have switched to
WhatsApp as my sole instant messaging tool. Why did I leave BBM seemed to be
bloated and buggy. Sometimes the app wouldn’t load. At other times, the chat
screen would go blank. If it wasn’t one thing, it was another. There is only so
much pain that one can take. So, I said goodbye.
The Toils of BBM
Users in 2017
And here we are today, and BBM is still messing up. The CrackBerryarticle and reader comments reveal that the app is not logging users in,
throwing up server errors, incorrect login details errors, and incorrect device
time error, among others.
Are you still using BBM? What has been your experience so
far? Share with us.
BBM
Share

Blackberry Messenger (BBM) Will Be Shut Down On May 31, You…