There’s a new update for Telegram apps on iOS and Android, which comes with some new features. 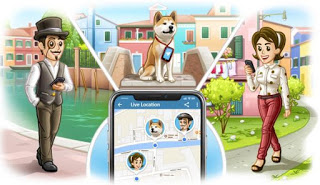 For beginners, Telegram users now has the ability to share
their location in real time with any group. When you want to share your
location, you will now be asked if you want to share it live for fifteen
minutes, one hour or eight hours.

This can come while coordinating your
position with a group and no need to manually share your location every few
minutes. The group members will be allowed to see your current location on a
map everytime.

Another new feature is the media player. Telegram now has an
appropriate music player interface built-in for all the audio files sent by
chatters. Users can tap on a track to play it, then tap on the bar that pops up
above to see the player UI. It even displays other tracks sent in the chat
within the tracklist. User can still have the audio playing in the background
even if the app is closed. 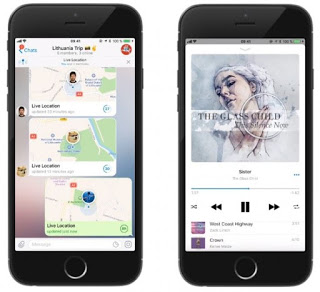 Furthermore, new languages that have also been added,
including French, Indonesian, Malay, Russian and Ukrainian. More languages are
reportedly coming too such as Persian.

The last but not the least is the minor update performed on
the groups. Admins of large groups, will be identified by an Admin badge on
their messages. Admins in supergroups now have the option to allow new members to
see the older messages in the group or not.
Source
AndroidTelegram
Share