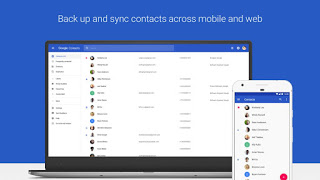 Google has just released a major updated to its Contacts app
for Android devices. The new update has now been made available in the Play
Store as Google Contacts 2.2, so ensure you get it if you want to benefit from
all these enhancements.

Now, going to see the most noticeable changes that one is
expected to see at first glance.
Firstly, the large photos which was dropped in a few iterations
ago have been restored. This restoration was as a result of feedbacks from users,
so Contacts will now display a larger. 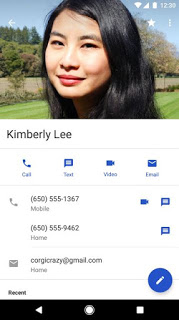 Secondly, action buttons placed under the photo now makes it
convenient to connect to your contacts. There are separate buttons that allows
you to call, send text to, video chat or email a contact. Furthermore, all
contacts with address will have a Direction button. 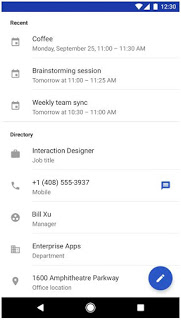 Also, the last key improvement in the Contacts view area is linked
to directory cards, which will now display directory profile information. So
many information such as the contact’s job title, work phone number, manager name,
office location, etc. will now be displayed.
Another major feature where Google worked on is Suggestions.
For instance, Google Contacts 2.2 brings suggestions to add contacts you frequently
used across all Google’s products. You will see them under the “Add people you
contact often” summary card. 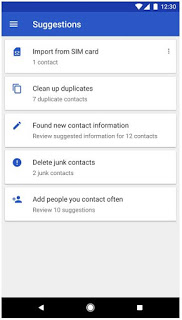 Additional “MERGE ALL” button is now going to be available
to Contacts users on Android, which enables them to accept all duplicates
suggestions at once. 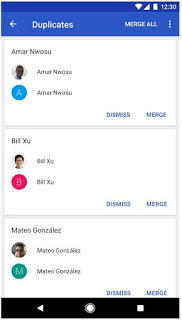 Finally, the update comes with a new customization option
for the Contacts list view, enabling you to see just the labels you want. The
customization menu has been included in the main list screen and is known as
“Customize view.” This feature was actually available in the earlier versions
of the app, but now it also works for individual accounts.