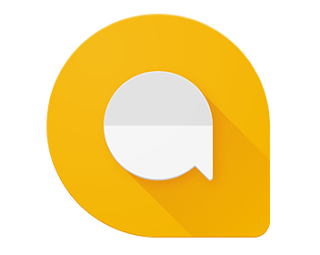 Google Allo has been existing for more than a year and it
has actually accumulated some users but not as many as other prominent social
networking apps. Yes some account not many.

Those faithful few users will now have access to it via more
sources, such as various web clients. Users have only been able to chat only
one web browser which is Chrome since its launch back in August. Well, Opera,
Firefox and Safari (iOS) now supports Allo.

Allo for web now supports iOS, Firefox & Opera. Rolling out today, update to the latest build and give it a try https://t.co/OPn6Q5hdkg

Opera or Firefox users simply head over to the Allo web
landing page, and they will get a QR code to scan with their device. The two web
browsers connects easily and very simple to setup.
Related Posts 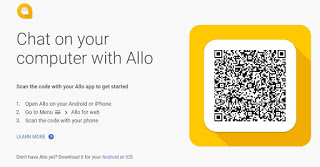 The iOS support is slightly somehow. Launching the Allo web
page in Safari and Chrome pops up a screen directing the user to visit the web
landing page on a PC, which displays a QR code. Users will have to scan that using
the button on the page, and it connects to Allo on the iDevice.

However, with this latest update, All is yet to have SMS but
there is always Google Assistant for you.
AndroidFirefoxGoogle AlloOpera
Share

Google Assistant male voice now live on Android, iOS and how to activate it