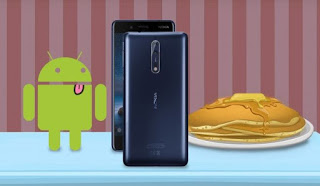 It’s no longer news that HMD will be updating the current
Nokia set of phones to Android 8.0 Oreo but after anything after that was not
even mentioned in any conversation before now.
Well, the company has committed itself by saying it will update
the phones to Android P as well (the next major Android OS version).
Related Posts

All the present Nokias run on Nougat out of box and will all
live to see two major OS updates. Something that even some flagship from other
makers hardly get not to talk of mid-range or entry-level devices, particularly
those in the range of Nokia 3. This could be one of the advantages of running
near-stock Android – HMD doesn’t have to do as much to push out the update.
Anyhow, HMD’s Chief Technology Officer has mentioned that
the company is open to unlocking the bootloaders of its handset. This will
ensure that as soon as the official updates end, you can load up stock OS or
something similar and keep your phone up to date and secure.