TellForce Blog
Home News Camera app on Nokia phones to get Lumia Camera UI features in...
Twitter
Pinterest
Linkedin
ReddIt
WhatsApp
Tumblr
Email
Print
Telegram
Advertisement
The camera app on Nokia Android phones will soon get an update
according to HMD. This confirmation was made by the company’s Chief Product
Officer Juho Sarvikas. 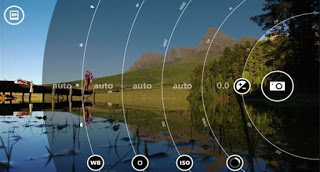 He did not only dropped hints on the imminent update, he
said the update may also arrive with some features from the Lumia Camera UI,
which is measured as one of the best camera UIs around.

It’s worth noting that the UI was initially developed by
‘old’ Nokia for Windows phones following its acquisition (smartphone division)
by Microsoft. HMD Global owns the UI’s design patent.

I agree with your assesment ?

However, there’s no info on when the update will start
rolling out. Of course, I don’t think it will take ages as the company has
officially released a teasing info on the subject matter.
Join Us On Telegram
ALSO READ:  Twitter Update: You Can Now Choose Who To Reply Your Conversations
Advertisment

New studies say that you cannot get killed by cellphone radiation