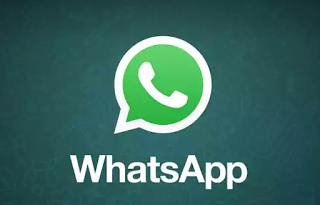 Currently, on WhatsApp, when you send a couple of messages
to a contact, and you suddenly discovered that you shouldn’t have send that
message at the particular time, then, insomnia becomes your best friend that
day. Or you mistakenly sent the right message to the wrong person but there’s
no way to recall it.
Related Posts

Now, we have a good news for you.
WhatsApp would soon be rolling out a new feature that would allow
you recall those awkward texts and re-edit them, if need be.

Rendering from a series of tweets by WABetaInfo, a Twitter
account focused on WhatsApp beta, the new feature is working, and would be
enabled soon on Android and iOS devices.
“WhatsApp is finally
testing the Delete for Everyone feature: the server finally works and it
successfully recalls the message. Also if the server works, this does not mean
that the feature is currently enabled. It will be remotely enabled later and
seen that WhatsApp ‘enabled’ their servers for the Delete for Everyone feature,
it may really be enabled soon,”
“WhatsApp has added in
beta the possibility to edit messages that you already sent. It is actually disabled
by default and it’s under development,” WABetaInfo tweeted.
The recall or revoke button when enabled, would work with
all types of messages like GIFs, videos, texts, documents and more.
However, only the unread messages can be recalled, and has
to be done within 5 minutes of time frame.
WhatsApp would not be the first IM app to roll the recall
feature, as it’s been available in other apps like WeChat and Viber.
Source
Share

Steps on how to unlock your Galaxy Note 8 with irises