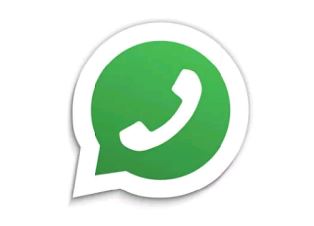 The Facebook own company, WhatsApp has formally announced
that the two new expected features are now fully available for all the users of
the app. As the title implies, PiP (picture-in-picture) mode has now been made
available for video calls, as well as text status updates.


But, picture-in-picture video calling will only work on
devices on Android 8.0 Oreo and higher since it’s the only version of the OS
that has the required API for the latest functionality to work properly. So if
you are one of the lucky ones who own an Android 8.0 Oreo smartphone, then you
can now tap back to continue the video call in picture-in-picture mode while on
a video call.
ALSO READ: Latest
WhatsApp update comes with color filters, new reply shortcut and much more 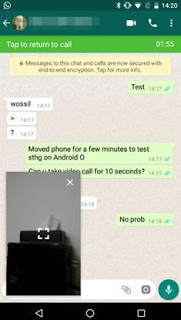 Another key feature added today allows WhatsApp users to
post text-only updates to their status, which is visible for just 24 hours. For
you to do that, you’ll have to tap the pencil icon in the Status tab, type
whatever you want and select your desired background color or font to go with
the status message.
As earlier mentioned by WhatsApp, you can also add link
previews for URLs in their text-only updates, but they will no longer be
available after 24 hours.
Join Us On Telegram
ALSO READ:  Rav Power Xtreme 26800mAh power bank Can Charge Three Devices
Advertisment