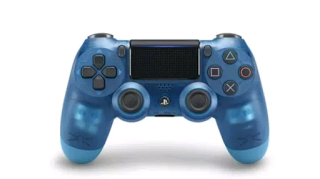 Sony has been known for its amazing innovation since it was founded. One of the most popular Sony products is the PlayStation. The latest version of this device, the PlayStation 4, has quite a few amazing controllers too.
Recently before now, Sony has however not really made such a huge impact with its limited edition DualShock 4 controllers. Now, the company seems to be on to something with the announcement of the DualShock 4 crystal collection. What makes this batch stand out is the translucent body, which is quite cool.
Now, DualShock controllers have had a translucent option since 2013, so this is not quite a new thing. Furthermore, during the 90s there was something of a “transparent device” craze. Then, almost everything connected to a gaming console had a transparent version.
Related Posts

The DualShock 4 crystal collection sure brings back those memories. There are three variants of the controllers; the white crystal, the red crystal and the blue crystal.
Now, here’s a bit of advice for those rushing off to stores to buy one of these DualShock 4 crystal collection controllers. You might want to hold your horses a bit. Right now, there is a different store for each version. The white crystal is only available at GameStop, the blue crystal is exclusive to Walmart, and the red crystal is found only at Best Buy. Apparently, pre-orders are open at GameStop and Best Buy.
Furthermore, you will have to shell out $64.99. This is at least $5 more than you would pay for a standard DualShock 4 controller. Then again, this just means that the DualShock 4 crystal collection is part of a new collection which was launched with the PlayStation 4 Slim last year.
Right now, there is no information to know whether these are limited edition controllers. All three controllers will be released later this month, according to some reports.
Source
GamingPlaystationSony
Share

Checkout the Light Phone That Can Cure You Of Smartphone Addiction