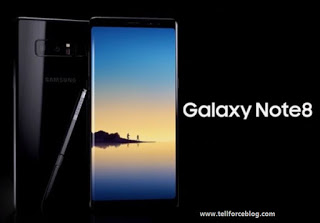 Samsung Galaxy Note 8 has made a great impact as the first
India Mobile Congress 2017 wrapped up this week. The Note 8 won the “Gadget of
the Year” award. According to judges, the phablet was awarded the prize majorly
due to the “Make for India” Bixby optimization that enable the assistant understand
several Indian accents.
The Galaxy Note8 is the most recent Samsung flagship top device
of year 2017. The phone which has has 6.3” Infinity Display and Exynos 8895
chipset, comes with a great dual camera with 2x Optical Zoom and OIS.
The Samsung phablet has been on the Indians’ shelves since
September 12 and came with a price tag of INR67,900 ($1,038) on the company’s
website.