Back in February, we reported that Reliance would be introducing a feature phone with 4G LTE and VoLTE. Yes, it’s now available in India. Reliance, the mobile network operator that has been disrupting mobile data in the country, has announced a 4G LTE feature phone. The Reliance Jio Phone has an alphanumeric keypad and a 4-way navigation button.

This is not the Nova phone introduced by Nigeria’s ntel which is an Android smartphone packaged in a feature phone’s body. The Jio phone is a true feature phone, yet offers the most advanced LTE technology.

The Reliance Jio 4G phone runs KaiOS, a mobile platform emanated from the now defunct Firefox OS, and has Reliance Jio’s apps, including the the JioCinema app for watching movies, pre-loaded on it. The mobile phone has support for voice commands, payments via NFC, as well as the ability to cast media. 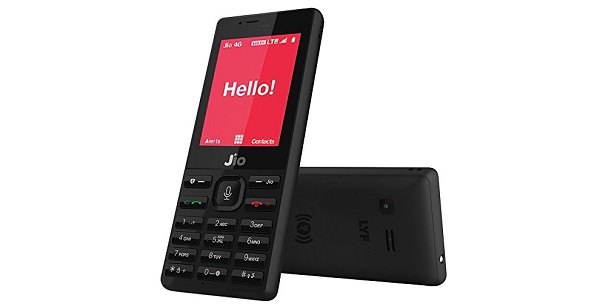 Kindly find below the specifications, features and price of Reliance Jio Phone:

Disclaimer: Tellforceblog cannot guarantee that the information on this page is 100% correct.

JioPhone Next launched with a Snapdragon 215 chip

FAQs: All You Need to Know About Reliance JioPhone 2

Feature Phones Taking Over Smartphones In Terms Of Apps

JioPhone Next launched with a Snapdragon 215 chip