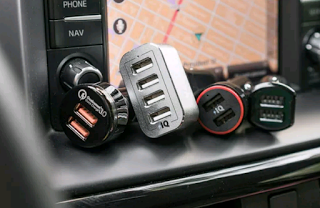 Many cars today comes with a USB port designed mainly for phone charging while driving. All the driver needs to do is just to plug in his USB charger to the port, and he’s good to go. However, most times this charge is not good enough.
According to mobile accessory maker Ventev, most car USB ports are insufficient for our charging needs. These car USB ports seem convenient, but they do not provide enough power to charge your device while using it. Instead, they only slow the speed at which the battery gets drained. Your phone will use up the power faster than your car USB ports can supply it.
When this issue was put to automobile manufacturer Mazda, the company confirmed that this is true. According to the company, their car USB ports supply a measly 500mA of current, and this uses the USB 2.0 specification.
Furthermore, when an Apple device is connected, the USB port will supply just 1A of current.
The problem here is this: the specifications to which the USB ports were built were created in 2000. These are obviously outdated. USB 3.0 is much more suitable to our modern uses, as it charges devices faster and boosts transfer speeds. However, there are not many cars you can see around that have USB 3.0 support.
Now, another option to charge your phone in a car is the 12V cigarette lighter. But then, a truly great option for in-car charging would be wireless charging.
General Motors offers wireless charging on a number of cars, but the panel only works on a few devices. Users with Samsung Galaxy S7, S8, Note 5 and Note 8 in particular could not use the inductive panels.
Currently, other companies are getting enamored with the idea of wireless charging. For example, Toyota included the feature in the 2-17 Prius Prime. Hopefully other companies will follow suit, and we can say goodbye to poor charging speeds while in a car.
Source
ALSO READ:  Upcoming Kia Electric Car Can Recharge In Less than 20 Minutes