President Trump’s iPhone does has not have mobile browser 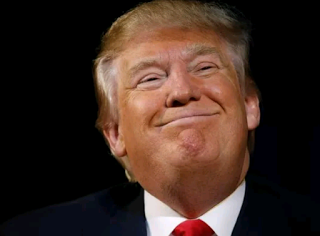 Way back in February, this year, the United State President, Trump could still be seen chatting from his old Android phone in a meeting over the North Korea, held at his “winter White House” Mar-a-Lago estate. The phone was suspected to still his old Galaxy S3 with a thick case and pobably kept after the inauguration.
A group of senators then raised an awareness by writing the US Secretary of Defense, claiming that President Trump’s “old, unsecured Android phone” makes him vulnerable to potential hacking.
The thing is, President Trump’s secured device, certainly an iPhone, has very limited functionality and features – as usual for all presidential phones, and we all know how trying to deprive him of Twitter would end. Trump’s iPhone now doesn’t even have the Safari browser on it, reports the New York Times, but it does have only one app – Twitter.
Related Posts

The White House staff is reportedly trying to keep him occupied with meetings and a heavy agenda, so as not to leave him time to watch cable news that often make him tweet out raw and unfiltered comments that are a source of endless discussion in the media.
His former adviser Steve Bannon even used to just deliver paper printouts from articles, since Mr Trump doesn’t use a laptop and there’s no Safari on his iPhone.
Long story short, this presidency is unlike any other in recent memory, hence the secured presidential iPhone ended up running Twitter. The rest of its functions are remotely configured with Apple’s Mobile Device Management software by Secret Service staff, but his Twitter app is obviously off limits.
Source
donald trump
Share