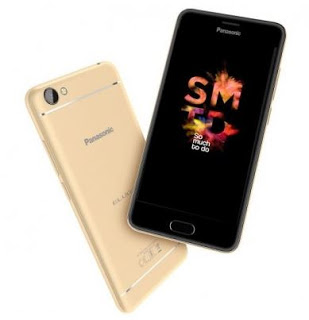 Panasonic has launched Eluga I4 today in India which is a
direct successor to the Eluga I3. The smartphone features a 4G VoLTE support
and it’s powered by a MediaTek chipset.
The Eluga I4 comes with a 5.0-inch display with HD
resolution and a 2.5D curved glass on top for protection. Under the hood is a
MT6737 chipset features a quad-core CPU and the Mali-T720 GPU which enjoys the
support of a 2 GB RAM and native storage of 16 GB, that can be expanded upto
128 GB via microSD.
As far as camera is concern, it backs an 8 MP camera with quad-LED
flash while at the front, there is a 5 MP camera to take care of selfies. The
front one also has a fingerprint scanner that doubles as a home button.
The device comes with a 3000 mAh battery that keeps the
light on. Eluga I4 runs on Android Nougat. About price tag, of course it is a
low-end device, by implication it should come with an affordable price tag.
The Panasonic Eluga I4 comes in either Blue, Black or Gold
and it carries a price tage of INR8,290 which is about $125. It can be obtained
from any Panasonic shops or various online and offline retailers across India.
Source
ALSO READ:  Sony Xperia XA2 Ultra Specifications and Price
Advertisment