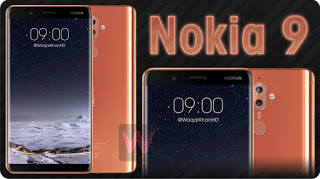 More Nokia devices oozing out from HMD Global factory, the
current manufacturer of Nokia handsets. Just less than a year after its starts,
the Finnish company has launched about 8 new models (four smartphones and four
feature phones) to the market. Yes, HMD is set to bring on something new before
the close of 2017.
The Nokia 2 smartphone which is going to be a low-level
model is already in the process, but there are solid hints suggesting that a
premium model is also currently under development. The rumored phone is called
the Nokia 9, and it seems like it might be taking over the flagship crest from
the Snapdragon 835-powered Nokia 8. 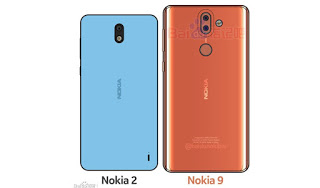 A leak image rendering the back of the high-end handset
recently appeared online. According to Nokia Power User, the mock-up was shared
by a source which has leaked accurate detailsfor many Nokia and Lumia
devices in the past. 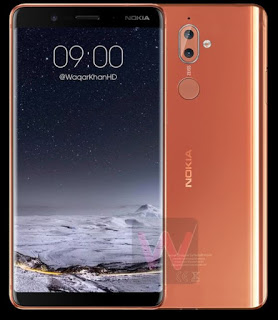 As you can see, the backs of the two devices are compared in
this image. The Nokia 9 might have similarly curved edges as the Nokia 8, but
here is where the similarities stop. Apparently, HMD will use all-glass
backplates for the flagship in order to allow for wireless charging.

Also, the fingerprint scanner has been repositioned at the
back. This is because the Nokia 9 will supposedly feature an OLED screen with
minimal bezels at the front, much like the Samsung Galaxy Note 8 or the iPhone
X. 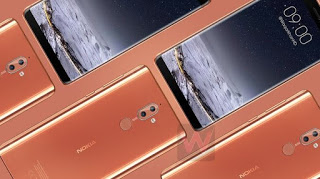 Other rumored specs for the handset include a 13MP + 13MP
Carl Zeiss dual-camera at the back, 13MP selfie shooter, 6/8GB of RAM, 128GB
internal storage + microSD support, IP68 water and dust certification, and
possibly an iris scanner.

Last but not least, tech YouTuber Waqar Khan created a
series of renders based on the information available so far. Although
unofficial, these pics can give us a notion of how HMD’s upcoming flagship
could look like. 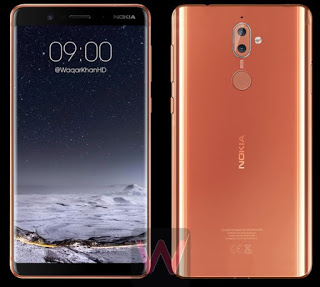 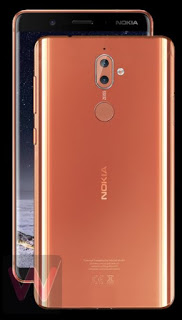 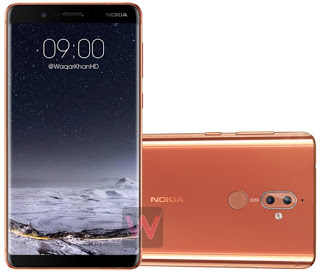