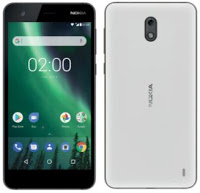 HMD Global may not unveiled the Nokia 2 yet, nonetheless the
handset has already been approved by the FCC, which allowed us to see some dull
pictures of the phone. Yesterday, the serial leakstar, Evan Blass (aka
@evleaks), releases some info which seems to be the official Nokia 2 renders.
The upcoming phone is comes in two color variants – black
and white/silver. It features a pretty generic design, with one prominent
change (if compared to the already released Nokia smartphones this year) which
is lack of capacitive buttons on the Nokia 2, perhaps means it may be coming
with virtual navigation keys. 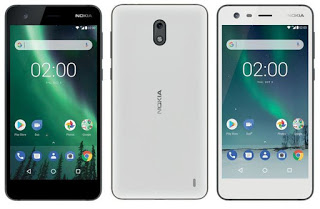 Nokia 2 will be coming with a large 4,000 mAh battery, so probabilities
that the handset will last for about 2 days on a single charge. Other features
that are yet to be confirmed includes a 5-inch display with 720 x 1280 pixels, mediocre
1 GB of RAM and a Qualcomm Snapdragon 212 processor.
Talking about the software, the Nokia 2 should be running on
Android 7 Nougat out of the box, but may later get an update to Android 8 Oreo
(since HMD recently claimed that all its current smartphones, including the
Nokia 3, will get Oreo later).
For now, no info on the release date and price tag attached
to the Nokia 2, however the device will likely be cheaper than the Nokia 3,
thus costing less than $160 unlocked (mere speculation).
Source
ALSO READ:  Sony Xperia XZ1
Advertisment