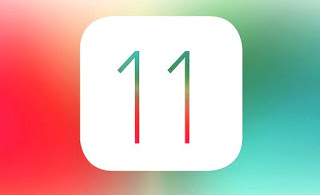 Last week during Apple’s largest event
for 2017, official date for roll-out of Apple newest mobile OS has been announced that after months of beta
tests and releases. iOS 11 will arrive to all eligible devices (iPhone 5s and
newer, iPad mini 2 and newer, iPod 6th-gen.) on September 19, which is tomorrow.

Apple is set to release the update around 10AM Pacific Time,
which is the regular time window for new iOS updates (Apple’s tradition of
releasing new update). There’s no cause for Apple to deviate from this pattern
right now, so expect iOS 11 on your phone sometime around 10AM PT!
Below is a small table that should make it pretty clear when
you’ll be getting iOS 11 on your iPhone or iPad regardless where in the world
you reside.
Join Us On Telegram
ALSO READ:  Apple Rolls Out iOS 13.6.1 and iPadOS 13.6.1 To Fix Storage Issues, and more
Advertisment