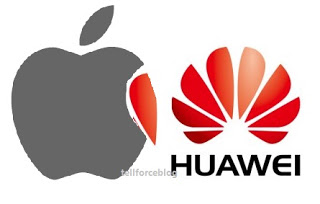 A new report has emerged from market research firm
Counterpoint, saying that Huawei has bettered Apple to land as the second
largest smartphone company in the world. The Chinese company attained the feat constantly
for the month of June and July, 2017.
The first spot was retained by Samsung. The report also
notes that August sales for Huawei are looking strong as well, so it won’t be a
surprise if the company completes a hat-trick. 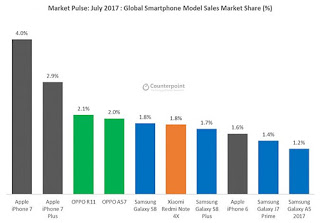 The report also shows the best-selling models in the month
of July. The iPhone 7 and 7 Plus took the first two spots while Oppo’s R11 and
A57 came in third and fourth. Other devices that made it to the list include
the Galaxy S8, Xiaomi Redmi Note 4X and Samsung Galaxy S8+.
Related Posts 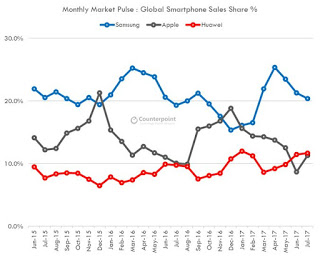 “While Huawei
climbed to be the world’s second largest brand overall, it is surprising to see
none of its models breaking into the top ten rankings,” says the
report.
“This is due to a
multiple SKU portfolio that currently lacks a true hero device. While having a
diverse portfolio allows Huawei to fight on multiple fronts, it does little to
build overall brand recognition; something Huawei badly needs if it is continue
to gain share.”
Source
OppoXiaomi
Share

Video: Steps On How to Make Money With Your YouTube Videos