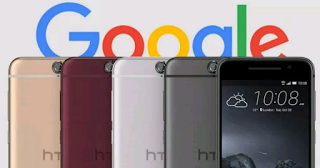 HTC shares will no longer be available from tomorrow, September 21, pending a major announcement, according to China Times. The publication continued by saying that the HTC headquarters are currently working with some people in preparation for a major presentation.
Recall that for several months, there has been rumours spreading around all the quaters, about the acquisition of HTC business by the Alphabet, Google’s parent company.
Related Posts

Kindly note “parts” 0 the HTC brand will still remain independent, however, it will be centered on the Vive VR headset.
Google will acquire the manufacturing and R&D capacity of the Taiwanese firm that launched the first Android hardware to the market (and is allegedly working on the new Pixel 2).
This is not going the first time that Google has owned an in-house phone manufacturer – talking about Motorola. But this move by Google shows that it’s determined to make things work for Pixel brand instead only appeasing Android makers and owners.
Source
AndroidGoogle PixelHTC
Share