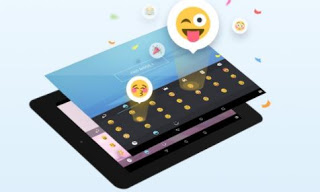 According to a latest report, a couple of third party
keyboard apps listed in the Google Play Store under GO Keyboard may actually be
snooping on you. The developer, registered as the GOMO Dev Team, states that “We will never collect your personal
info including credit card information. In fact, we cares for privacy of what
you type and who you type!”

That unbelievably appears to be the case as the apps purportedly
have entrance to data that shows your identity, phone call records, and has
access to the microphones on your phone.

The apps have more than 200 million users and allegedly
communicate with “loads” of ad networks and third-party trackers. As
soon as you install one of the two GO Keyboard apps, information about you is
being transmitted. And yet, in 20 countries, the apps were voted best app of
2016!
According to the report, the GO apps send to its server
information like your Google email account, screen size, version of Android OS,
build and device type & model. Since we are speaking about an app that keeps
every letter typed on a user’s phone, the server owner could have access to
whatever information he/she wants from GO Keyboard users.
Though Google has been informed about the development,
however, it would be advisable to uninstall any Go keyboard app on your device
while we await Google’s response.
“Unfortunately, everything listed above is a norm nowadays.
Recent research showed that 7 in 10 mobile apps share your data with
third-party services. However, this developer crossed the red line and directly
violated the Google Play content policies – malicious behavior section.”-Adguard
The two apps are involved are “GO Keyboard-Emoji
keyboard, Swipe input, GIFs” and “GO Keyboard-Emoticon keyboard, Free
Theme, GIF.” As you can see, both apps has emoji and GIFs to make your
texting neat and lively.
They are also freemium apps, which can be installed for free
and include ads and in-app purchases. But the main thing is that, both apps
could be moving your personal information to a server in China.
Source
AndroidGO Keyboard appsPlay Store
Share