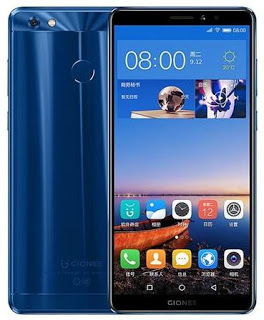 The Gionee M7 was scheduled to be announced today and the
company fulfilled its promise by launching the phone with a FullVision screen
of 18:9 ratio.

Gionee unveiled its new mid-range smartphones, the M7 and M7 Power, on Monday at an event in China. Remarkably, the Gionee M7
Power (aka Big Gold Steel 2) has meaningfully different specifications, aside its
larger 5000mAh battery.
As teased by the company ahead of the announcement, the
Gionee M7 sports an 18:9 aspect ratio which is recently becoming a trend for
new premium-level smartphones. The Gionee M7 Power also features an 18:9 aspect
ratio.
Talking about the chipset, It is the first phone to feature
Helio P30 land in the market after Mediatek announced the new chipset back in
August.

The CPU of the Gionee M7 has eight Cortex-A53 cores, four of
them clocked at 2.3 GHz. There is 6 GB RAM and the internal memory is 64 GB
with microSD slot for up to 256 GB more.
As far as camera is concern, there is a dual camera on the rear.
The rear camera has 16 MP, with a LED flash while the secondary is 8 MP. There is
also a circular fingerprint screen at the back.
The power button and the volume rockers are on the right
side and the phone lacks a home button on the front because of the big screen.
One thing that has to be on the front is the selfie camera – Gionee put an 8 MP
snapper next to the earpiece. 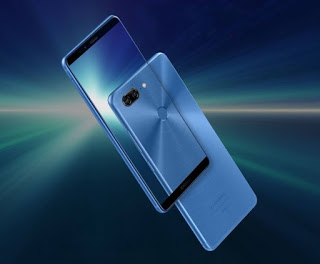 Asus Zenfone 5 Specifications And Price – An Android Version Of...