Android Apps On Chromebooks Gets support for extended monitors 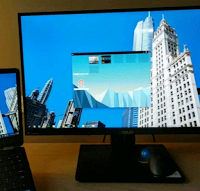 Chromebooks’ owners who wishes to connect to external monitors will be happy to know that their devices can now support Android apps when in extended display mode. This is because Google is working on more native behavior of apps in Chrome OS.

These apps will not stay locked to the primary display again as they will behave as if they are working in another window, allowing users to reposition them anywhere on the main screen or their extended monitors.
Also, the system will recall the position of the apps.  Thus, if the app was on the extended display before it was closed, it will be placed on the extended display when the app is opened again. Similarly, the apps will open on the display from where their respective shelf was positioned, rather than users needing to reorganise everything once launched. 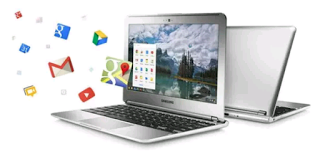 Last year, Chromebooks got an update that came with the support to launch almost any Android app on any model of Chromebook. But Google did not make sure that the daily use of Android apps feels native to Chrome OS, unfortunately.
Related Posts

Then, apps would open on the main display of the device and take over the whole screen. Apps could not be launched on the extended display or be freely moved to the larger screen. This was a major turn-off for a lot of users.
These efforts by Google for Android apps on Chromebooks are making the devices even more usable. Pushing the system to work with extended displays, similar to Windows and OS X, bringing Android Nougat to more Chromebook devices and having a generally more user-friendly experience of using Android apps, all these are great ways to let users of the Chromebook know that they are not being neglected.
For now, Android apps are still in beta on Chromebooks, so we expect  glitches in the system, even with the latest update.
Source
AndroidChrome OSChromebooksOS Xm
Share