By Andre Falana On Aug 21, 2017
Share
Join Us On Telegram
When Globacom launched its mobile 4G service in Nigeria on
the 700 MHz LTE band. Virtually all its subscribers and even those on other
networks were unhappy, however the Glo’s LTE band is still ok when you check
the below reasons. 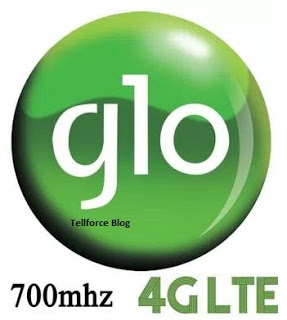 Spectrum Initially Used
for Broadcast
Before this time, the 700 MHz spectrum was assigned to the
broadcast industry. Some years ago, the IT industry started pushing the
governments to make the 700 Mhz band available for mobile broadband rather than
allocating it to broadcast world. For instance, the European Commission penned
a 2020 time limit for sending broadcasters out of the spectrum. And some
countries such as France and Germany have switched ahead of that deadline.
While few non-European countries like Canada, have switched the spectrum to
mobile broadband.
Reason Why 700 MHz
LTE Band Smartphones Are Uncommon
Since the 700 MHz band has just been allocated to mobile
broadband, mobile phone manufacturers too have only just started making
smartphones that support the spectrum. Apparently, this is subject to markets
that has new spectrum deployed for use in it.
One may be pondering why most of the smartphones by Chinese
brands does not support the spectrum. China’s authorities resolved that the
country’s 700MHz frequencies will be unavailable for reallocation before 2020. Therefore,
there is little or no encouragement for the most of Chinese smartphone manufacturers
to arm their devices with 700 MHz LTE support. Only those with global
operations in countries where 700 MHz networks exist have are motivated to do
so.
Related Posts

Advantages Of Using
700 MHz LTE Band
700 MHz LTE Band
Appears To Be The Future Of 4G LTE
After looking at the advantages of the 700 MHz band and also
being one of the most wanted spectrum for LTE deployment. More mobile
operators, even countries will embrace the use of 700 MHz for 4G mobile
broadband.
Though, for now, to get smartphones that support the
spectrum may be quite tiresome now, but note that Glo’s 4G network is not bad.
700 MHz may eventually get the entire mobile world at its feet.
Share