By Andre Falana On Aug 1, 2017
Share
Join Us On Telegram
The Nigerian Senate has criticized the Central Bank of Nigeria (CBN) for regulatory failures and has withdrawn a report that largely absolves MTN Nigeria of allegations that its illegally repatriated $14 billion out of Nigeria, according to reports. 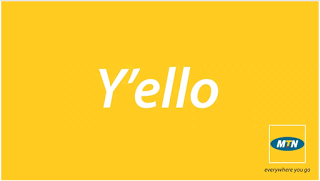 Way back in September 2016, following the controversial senator Dino Melaye’s allegations made on the floor of the Senate, a probe into the matter was agreed by the Senate.
But, the committee set up by the upper house gave no recommendations for punitive measures against the South Africa-based telecom giant but instead berated the CBN over its failure to monitor fund transfers to and from Nigeria calling the apex banks’ oversight “ inadequate .”
Related Posts

The committee has been investigating MTN Nigeria’s activities between 2006 and 2016 as well as some lenders including the CBN and Stanbic IBTC Bank.
The committee’s report recommended that the Senate “condemn the CBN for failing in its duty” stating that the apex bank failed to properly monitor foreign exchange transfers from the like of MTN.
CBN had lent credence to the banks’ argument that they were not breaking any laws by transferring foreign currency by failing to apply sanctions to the activities of the banks, the committee recommended.

MTN Nigeria had been accused of tax evasion by Dino Melaye, in September 2016. The senator accused the company of moving a total of $12 billion out of the country between 2006 and 2016.
MTN Nigeria has continued to rebuff any wrongdoing since the allegations were first made.
CBN
Share

Vin Diesel Stunt: Over half a million iPhones stolen from a moving truck