Polygram: A New Social Network That Allows You To create emojis based on your expressions

By Andre Falana On Aug 30, 2017
Share
Join Us On Telegram
There are different types of social networks today, such as Facebook,
Twitter, Instagram, WhatsApp, and a lot more, and each of them has its individual
essential characteristic. More of these social networks still come up every
day. 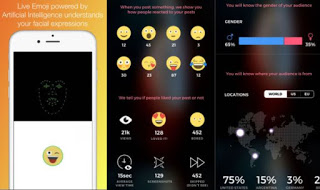 Again, a new one has emerged, which possesses some new and
nice features. It is known as Polygram, and its defining characteristic is its
ability to detect facial expressions.
This lets users to respond to messages with an emoji based
on their actual expressions. Also, Polygram users can see the responses of
people that viewed their posts. This is a bit different from other social
networks, which usually have responses to posts that include likes and other
reactions, which the user would have to select from.
Polygram creates the face-controlled emojis through a neural
network, which detects viewers’ facial movements. Then it chooses the emoji
that corresponds to their reaction. Also, the app offers analytics, such as
where viewers are located.
Related Posts

Furthermore, users can animate emojis which stay animated
even when posted to other social media. Some other features of the app include
filters that make you look more attractive, as opposed to just adding stuff to
your face or changing your voice. 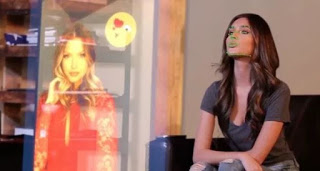 There’s also a feature to keep pictures concealed behind a
fog, which viewers would have to wipe in order to reveal. But this fog returns
quickly, thus preventing users from taking screenshots.
New social networks often find it hard to break into the over-saturated
market. But, Polygram’s features appears to be quite cool and different from
that offered by other social networks.
Currently, the iOS version is available on the Apple Store.
Android users will have to wait, for the time being. In the meantime, iPhone
users surely have a lot to enjoy from this app, as its features are seen
nowhere else.
Source
Polygram
Share

YouTube now has a new logo and lots more