TellForce Blog
Home OS Android OPPO R11 FC Barcelona Edition to be launched on 8th August
Twitter
Pinterest
Linkedin
ReddIt
WhatsApp
Tumblr
Email
Print
Telegram
Advertisement
Join Us On Telegram
Oppo is about to announce a new variant of the R11
smartphone. The tech firm has started inviting delegates for an August 8 event,
intimating that the smartphone’s FC Barcelona Edition will be one of the
exciting things to see at the event. 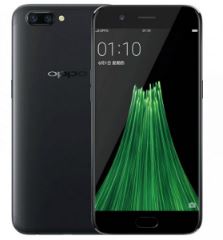 The new variant is likely to sports the same specs as the
standard R11 phone, but the UI may probably be FCB-themed and some club logos
will likely appear on the rear. A different colour scheme might also be on the
tray. 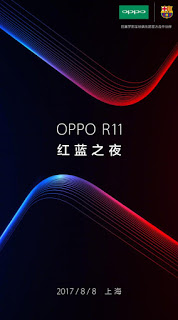 Pricing is expected to be higher since that is the tradition
with most limited edition handsets.
Source
ALSO READ:  Gmail 'Nudges' Now Live On Android. How To Enable It
Advertisment

HMD Global Confirms List Of Nokia Phones To Get Android 10...