Lenovo launches the K8 Note with a dual camera setup

By Andre Falana On Aug 9, 2017
Share
Join Us On Telegram
Lenovo K8 Note has been launched in India by its maker,
Lenovo. The smartphone will be available solely via Amazon India, opening August
18, 12:00PM IST. 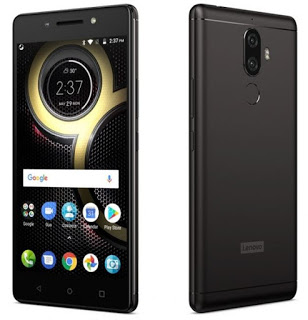 The K8 Note sports a 5.5-inch, 1080p IPS LCD with 2.5D
glass, just like the 2016 model. The device gets a huge lift in terms of processing
power, with MediaTek’s 10-core Helio X23 processor in charge, touting it as the
most powerful device in its price range (theoretically). The chipset is
supported with 3/4GB RAM and 32/64GB of expandable storage space.
Related Posts

A dual camera setup takes spot at the rear – now, almost a
norm among phone manufacturers. The main rear camera boast of 13 megapixels
while the second is a 5 megapixel depth sensor for blurring the background of
your images. The front camera commands a whopping 13 megapixel shooter.
The K8 Note comes with massive 4000mAh battery like K6 Note,
however K8 Note supports fast charging.
Lenovo K8 Note runs on the latest Android 7.1.1 and promises
timely updates according to its maker.
The K8 Note will be available in two variants. The 3/32GB version
is priced at INR 12,999 ($203) and the 4/64GB variant at INR 13,999 ($219). The
device will also be available in two colors, Venom Black and Fine Gold.
AndroidLenovo
Share

How to control your Android phone’s background processes