By Andre Falana On Aug 5, 2017
Share
Join Us On Telegram
Lenovo smartphones have been well-known to feature a custom-made
user interface dubbed Vibe UI (lately called Vibe Pure UI) in control of
Android OS, but the wind is about to change its direction. 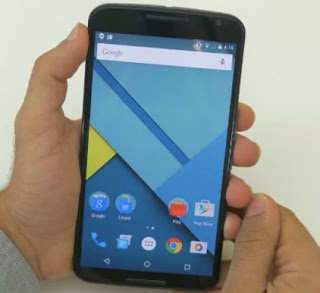 The popular Chinese manufacturer and possessor of the Moto
brand will be dumping its custom user interface for a stock Android experience
on its smartphones. Guess, the Moto experience is paying off due to use of
Vanilla Android on its brand.

Advantage And
Disadvantages of Stock Android
Therefore, if you desire stock Android so much, simply
reserve your cash for the forthcoming K8 Note and other upcoming Lenovo
smartphones.
Related Posts

The K8 Note is going to be the first Lenovo branded
smartphone to be shipped with Vanilla Android, version 7.1.1. The device will be
launched on August 9, 2017.
However, one of the demerit is that Stock Android OS users
don’t get all the extra resources and functionalities that comes with custom
UIs have. Therefore, Lenovo’s upcoming devices will have to sacrifice such
added features.
Though, the Chinese mobile brand has promised to add Dolby
Atmos and TheaterMax, in order to support to their stock Android smartphones. Nice
for music lovers.
It looks like smartphones running pure Android OS are the
new cool. The ranks of smartphone manufacturers offering stock Android keep
swelling, slowly but surely. This is what Google has pushed for years, so it
must be great news for them.
Besides Google’s own Nexus (now discontinued) and Pixel
smartphones, other manufacturers offering the stock Android experience include
Karbonn, Micromax, Moto, and recently Nokia. You will also find stock Android
OS on Android One smartphones.
AndroidLenovo
Share

Infinix Set To Use Snapdragon Processors In Smartphone Production