Leaked Nokia 9 specifications: Nokia 9 may be better that Galaxy S8

By Andre Falana On Aug 4, 2017
Share
Join Us On Telegram
One device that has also been in the box of
speculations over the last few months is the Nokia 9, however, despite some
leaks, the information about the smartphone’s specifications are still inadequate.
Another leak now is the one from AnTuTu with most of its technical aspects. 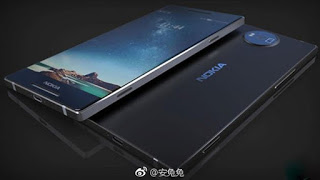 According to the listing, the Nokia 9 will
arrive to contest with high-end smartphones like Galaxy S8 and iPhone 8, and
other premieres on the way.
The internal code of the Nokia 9 is
TA-1052, which has appeared in earlier rumors. This version, however, is less
powerful than other rumors; Instead of 6 GB of RAM, it counts with “only” 4 GB.
Below are what could be derived from the listing:
RAM: 4 GB
Internal Storage: 64 GB
Qualcomm Snapdragon 835
Kryo 280 eight-core processor running at up
to 2.45
GHz
Related Posts 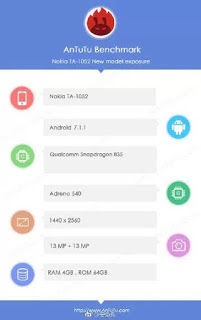 Furthermore, though, not reported by
AnTuTu, Nokia 9 is expected to feature a 5.27-inch screen, using Quad HD
Resolution: (1440 x 2560 pixels) and
Corning Gorilla Glass glass for protection. In addition, there are connectors
that are already present on other devices:
USB Type-C (battery charging and data
transfer)
P2 (standard for 3.5mm headphones)
Nokia is to hold a special event on August 16
to announce new handsets to the public, including Nokia 8 and Nokia 9.
AndroidNokia 8Nokia 9
Share

MTN back again in profit-making after turbulent 2016