How To Use The Web Client On Google Allo

By Andre Falana On Aug 22, 2017
Share
Join Us On Telegram
It’s long overdue, when the mobile messaging platform has already been saturated with various options and more are still springing up daily. 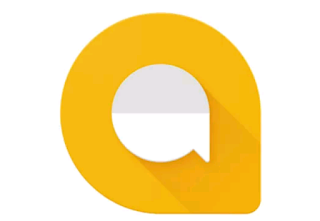 Google Allo was released on mobile in 2016, and came with less encouraging features which had already been on ground. Also, the app did not have a web client in order to expand its capabilities. But it seems this year, Google decides not to allow Allo disappears like its previous messaging apps by releasing various update and one of them is the recent introduction of web client.
How To Use The Web Client On Google Allo
To use the feature, you need to first install the app on your Android smartphone. Presently the web client feature is only available on Android, though the app itself is available on iOS.

After installation, you need to set it up as you would any other messaging app. however, unlike other messaging apps or a variety of Google services, Google Allo does not make use of your Google account. Therefore, it cannot collect information you already have on the internet. You will need to manually confirm your phone number take a profile picture and give Allo permission to access a number of features on your device.
Related Posts

Then link Allo to your browser. To do this, visit allo.google.com/web. If you use Google Chrome, it will lead you to a QR code and further instructions. If not, you’re out of luck: right now, the feature only works on Google Chrome. When Chrome opens to the correct page, you then need to open the app on your phone, navigate through the menu to “Allow for Web”, and point your device’s camera at the QR code. Next, you will confirm your device through a code sent to you via SMS. From there, it is automatically linked to your phone.
Once both devices are linked, you have options for everything in your browse as you do on your phone. You can also customize the experience through the settings menu.
Right now, the options only include playing sounds upon sending and receiving messages, desktop notifications, and whether you want message previews to be seen or not.
It is important to note that Google Allo’s web client feature has some limitations too. For example, you can only use it in a single tab at a time.
Also, your phone has to be on and connected to the internet. Furthermore, the service lacks iOS support on the web client, and it also supports only Google Chrome.
Share

What are the features we expect from Android 8 Oreo

How To Know If Your Android Smartphone Battery Is Still…