By Andre Falana On Aug 1, 2017
Share
Join Us On Telegram
Creating folders on your iPhone is a great way to reduce clutter on your home screen. Grouping apps together can also make it easier to use your phone – if all of your music apps are in the same place, you won’t have to go hunting through folders or searching your phone when you want to use them. 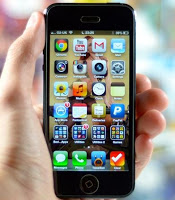 How you create folders isn’t immediately obvious. But once you learn the trick, it’s very simple. Follow these steps to create folders on your iPhone:
Make Folders and Group Apps on the iPhone
How Folder Names Are Suggested
When you first create a folder, the iPhone assigns a suggested name to it. That name is chosen based on the category that the apps in the folder come from. If, for instance, the apps come from the Games category of the App Store, the suggested name of the folder is Games. You can use the suggested name or add your own using the instructions in step 5 above.
Adding Folders to the iPhone Dock
The four apps across the bottom of the iPhone live in what’s called the dock. You can add folders to the dock if you want. To do that:
Related Posts

Making Folders on the iPhone 6S and 7
Making folders on the iPhone 6S and 7 series is a little trickier. That’s because the 3D Touch screen on those devices responds differently to different presses on the screen. If you have one of those phones, don’t press too hard in step 2 above or it won’t work. Just a light tap and hold is enough.
Removing Apps From Folders
If you want to remove an app from a folder on your iPhone or iPod touch, follow these steps:
Deleting a Folder on the iPhone
Deleting a folder is similar to removing an app.
Via
Share

How to add In-feed ad unit to Blogger Blogspot