By Andre Falana On Aug 8, 2017
Share
Join Us On Telegram
Last year, Google attempted to aquire Snapchat for $30 billion. Snapchat CEO Evan Spiegel refused the offer, and the deal broke down. Reportedly there was an earlier attempt by Google in 2013 worth $4 billion, which was turned down. 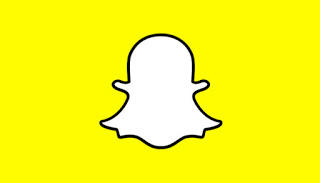 Now, Google seems to have given up on trying to buy Snapchat. Instead, the company is about to launch a similar service to one of Snapchat’s features. Reports have surfaced that Google is about to launch something similar to Snapchat Discover, known as Stamp.
Snapchat Discovery is a designated area within the Snapchat app where users can skip to a new story or ad with the swipe of a finger. Apparently, Stamp will be similar to that, with articles popping up in a magazine-like design.
The word Stamp, in this case, is an acronym – ST means stories, and AMP stands for the Google Accelerated Mobile Pages initiative. AMP, much like Facebook’s Instant Articles, allows the loading of online news stories to go at a much faster speed. Right now, Stamp is in the early stages. However, according to some reports, we could see the feature in Google Search and/or other Google apps really soon.
Related Posts

Below is a quote from Google on the subject:

“The success of the open source AMP project is down to the constant collaboration with publishers that involves working early on upcoming features. We do not have anything to announce at the moment, but look forward to sharing more soon.”

If this feature moves beyond Google Search and into other Google apps and publisher’s websites, it could mark a very key difference between Stamp and Snapchat Discover. Since Snapchat Discover supports stories through its own app, Snapchat has developed some cool features to set itself apart from the rest of the competition.
These include Snapchat Spectacles. Meanwhile, Google continues to advance its tech and products, making things more convenient for consumers.
Source
Snapchat
Share