By Andre Falana On Aug 10, 2017
Share
Join Us On Telegram
Google Play Protect which is Google’s solution for your device protection, it has been ringing in our ears since this year’s I/O. Some beta testers have even seen it earlier. The rolling out of the new features currently appears to be very slow to all users. 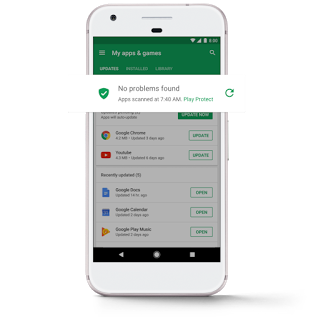 What Does Play Protect Means?
It’s basically an anti-malware tool, which monitors app behavior and deals with them if they make any funny move. For more understanding, the Play Store has had several levels of scan for a while now. However, Play Protect takes it to another level.
The new service does not work like a ghost scanner that checks apps that are live on the Play Store. The moment Play Protect gets to your phone, you can actually see its icon and pull your reports from it. 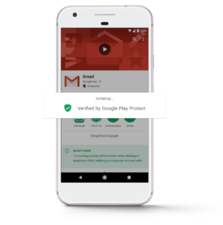 Play Protect will be in the Play Store app and will periodically scan apps on your device and also compare results with functionality of the same apps on other devices. If it discovers something abnormal, you will get an alert, warning and prompting you to delete the offending app. It can also be triggered to scan on demand from the Play Protect tab in the Play Store slide-over menu.
This is actually a good move by Google, considering the influx of actual malware that get inside the Play Store and on to users’ smartphones, it was because it was cleverly disguised in innocent, working apps. 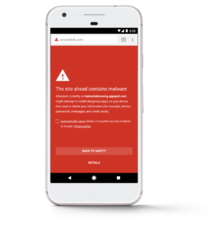 Play Protect will also scan 50 million apps in the Play Store per day and mark the “verified safe” ones with its green badge, so you can download with confidence. The new security tool will also become an invisible part of Google’s mobile Chrome browser — it will monitor the websites you visit for suspicious activity and raise a red flag when it suspects something wrong going on. 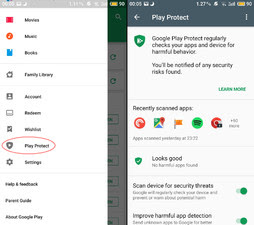 Additionally, the “find my device” feature from the Android Manager seems to be moving to be a part of the Play Protect branding. However, we don’t see anything new about its functions at this stage.
Source | Via
Android
Share

How to control your Android phone’s background processes