Google has announced on Wednesday that it will be introducing voice calls to Google Home with Google Assistant. Home users will be able to call anyone in their contacts or any business over Wi-Fi free of charge. To make a call, just use the requisite â€œHey Googleâ€ and then chat to your hearts content.

The feature is rolling out in the US and Canada today. For now, the person on the other end of your call will see â€œUnknownâ€ or â€œNo caller ID,â€ but Google says this will be fixed by the end of the year. If youâ€™re a Google Voice or Project Fi user, you can choose to display your cell number by going into the Assistant settings in the Google Home app. 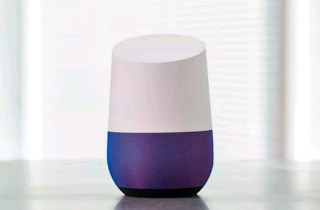 Amazonâ€™s Alexa introduced voice calling in May of this year but with a catch Alexa can only make calls to contacts who also have an Alexa device. Amazon was the original pioneer of the smart speaker but has since had to play leapfrog with Google.

In May, eMarketer predicted that 70% of Americans who use a smart speaker this year will use an Amazon echo device, but the debate over which AI system is better remains ongoing.

Online piracy: How to know if you have been hacked?