By Andre Falana On Aug 31, 2017
Share
Join Us On Telegram
Fitbit recently announced their first entry in the smartwatch market, the Fitbit Ionic. Along with the amazing smartwatch, the company has announced another device, which is completely out of it line in field, though complements the Ionic. 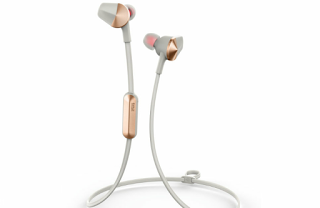 Fitbit announced the Fitbit Flyer headphones, which is expected to go work along with the Ionic. The Fitbit Flyer headphones are a set of Bluetooth headphones, focused on fitness.
Fitbit said these headphones are designed to be sweat-proof and water resistant. Therefore, you can wear them on a really sweaty workout.
The company also says that these headphones will last around six hours of use on a single charge. You’ll only need to charge it for 15 minutes to get an extra hour of battery life. The headphones charge over Micro USB instead of USB-C.
Related Posts

The Fitbit Flyer is aimed to go hand in hand with the Fitbit Ionic. Aside that, the headphones can connect with two devices at the same time. So, you can connect it to both your smartphone and your smartwatch. There’s a quick pairing feature, which lets the headphones connect to your devices more easily.
Reports from testers suggests that the Fitbit Flyer is just okay. According to these reports, the sound quality is okay, though not particularly mind-boggling. However, the headphones should be good enough for a lot of people who work out to music.
Fitbit also includes an assortment of fins and eartips, which help the headphones to fit properly in the ear. Hopefully, this will also appeal to a lot of people, as some headphones have a habit of falling out of people’s ears at any sudden movements, which is not ideal for a workout.
According to Fitbit, the Flyer will be released in October. There will be several color combinations, which include gold/grey or black/blue. It will go for just $129.95.
Source
FitbitFitbit headphones
Share

Geni1: A smart golf ball for the Golfers

Google Acquires Fitbit For $2.1 Billion, To Develop Its…