TellForce Blog
Home Cryptocurrencies Firm partners Jumia, Konga in order to boost TBC acceptance
Twitter
Pinterest
Linkedin
ReddIt
WhatsApp
Tumblr
Email
Print
Telegram
Advertisement
Join Us On Telegram
The acceptance of The Billion Coin, one of the global digital currencies (cryptocurrencies), has been boosted in Nigeria with the launch of an initiative tagged MoPAS MarketPlace

The MoPAS MarketPlace is scheduled to be launched in Lagos on Thursday by Sembic International Limited, a leading local firm.
The scheme, according to a statement by the firm, allows holders of the TBC to shop on e-commerce platforms including Jumia and Konga using naira and the TBC. 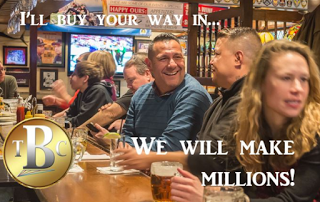 It said the development followed partnerships between Sembic and the e-commerce firms.

The statement read in part, “MoPAS MarketPlace is an initiative and product of Sembic International Limited. This is the first time in Nigeria that an indigenous company has been able to create a solution for the acceptance of the currency of the not-too-long future, thereby positioning Nigeria for the financial revolution, redefinition and disruption that is about to happen through the blockchain technology.”

“We came up with this product in order to boost digital currencies revolution. This was why we went ahead to strike a deal with major e-commerce organisations in Nigeria through the product called MoPAS MarketPlace.

The TBC is one of the cryptocurrencies currently in the global business landscape.
According to Akinbile, many Nigerians have invested in the TBC and seen their investment increase in value on a daily basis.
The chairman, however, noted that cryptocurrencies including the TBC had yet to be fully legalised in Nigeria.
This, he noted, was because the Federal Government through the Central Bank of Nigeria was still understudying cryptocurrencies and the use cases of the blockchain technology.

He said, “As Nigerians continue on their search for a place to spend their TBC, it becomes increasingly frustrating as they cannot find any such place. This frustration has led to desperation on the part of the TBC holders and some criminally-minded individuals have cashed in on this to defraud them.”