By Andre Falana On Aug 31, 2017
Share
Join Us On Telegram
China has again made another effort to make its internet control
sterner. This time around, however, things are tighter than ever.
Related Posts 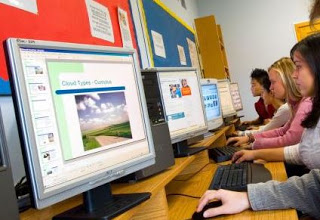 According to some new rules published by China’s main
internet sensor, people who want to post comments online will have to register
with their real names. They can still use nicknames. However, these nicknames
have to be tied to their real identities.

The Chinese government has always done things like this in
the past. Over the past three years, China has made attempts to make people
register for online accounts with their real names.
Though, this time around, internet companies and service
providers have been made responsible for ensuring that users can be identified.
Companies and service providers have been instructed to report any illegal
content they see on any platform to the government.
Now, this does not mean that the censorship rules are
ironclad. Users have always found a way to circumvent these rules and get
anonymous on Weibo chats and other platforms. Also, China’s firewall has been
beaten by VPNs in the past. However, even the VPNs are beginning to succumb to
pressure from the Chinese government. For example, Apple removed several VPN
apps from the iTunes store.

My talk w/ @forbes “Technology Designed To Save Freedom Is Now A Booming Market” https://t.co/5NKySvB0nj

Now, censorship in China has become even more serious. China
has put the responsibility on companies and service providers. Thus, when
someone creates an account on an online platform, they might as well use their
real names.
One way or the other, China’s censorship laws have made
things a bit more difficult for the Chinese people to do what they want online.
These new rules come ahead of the communist party’s 19th National Congress,
which convenes soon, and it is usually a time when the regime becomes stringent.
Source
China
Share