YouTube TV launched in 10 more markets in the United States 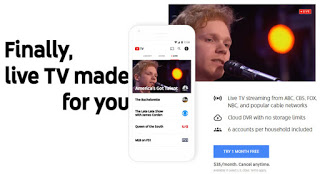 Certainly, subscribers still need to pay the $35 monthly fee to enjoy the service, which is less than half the average cost of cable, that is a real value for money.
Upon successful subscription, subscribers will enjoy live streaming from ABC, CBS, FOX, NBC, ESPN, Fox Sports Networks, Comcast SportsNet and dozens more. In addition, local broadcast TV stations are covered, though this depends on your location.
YouTube TV service is accessible via almost any device with a screen such as phones, tablets, computers or TV via Google Chromecast stream.
Source
Share