Vin Diesel Stunt: Over half a million iPhones stolen from a moving truck

By Andre Falana On Jul 31, 2017
Share
Join Us On Telegram
Dutch police have detained five men alleged to have stolen iPhones
worth more than half a million US dollars, but then it’s not just the total
amount of iPhones stolen. The men purportedly applied a Fast and Furious stunt
to make it happen. 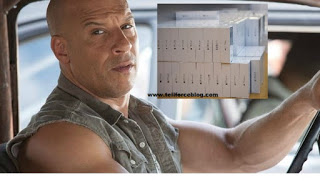 A modified van was driven close to the truck loaded with the
iPhones, one of the suspects broke into the truck while on motion and started
throwing boxes filled with iPhones into the van.
Related Posts

The five suspects who are all natives of the Eastern
European country of Romania, have been arrested at a holiday park in central
Netherlands on Saturday. Mr. Kraszewski who is with local police said:

“The truck was
taking its freight from A to B and did not stop. Even so, [the phones] were
gone. So it must have happened that way. And now we finally have the evidence,
with the van and the loot.”

Similar raids have been reported in Europe before, but this
is the first time that an actual arrest based on such type of robbery would be
recorded.
Share