US Prisoner Used Drone to Escape From A Maximum Security Prison 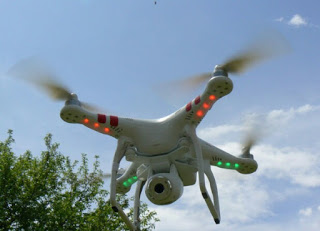 A world with technology can be very interesting, either for good deeds or bad purpose. A prisoner in a South Carolina jail used wire cutters and other “tools” like mobile phones which were dropped from a drone to coordinate his escape from a maximum-security prison.
According to ArsTechnica, the authorities said, Jimmy Causey was arrested on Friday in Austin, Texas, about 1,200 miles away from the Lieber Correctional Institution outside Charleston.
The inmate who is serving a life sentence for kidnapping his attorney, escaped around 8pm on July 4, 2017. Nobody was aware that he had escaped till the afternoon of the next day. He cut through 4 fences to escape.
Related Posts

“We 100 percent know a cellphone was used or multiple cellphones were used while he was incarcerated, and we believe a drone was used to fly in the tools that allowed him to escape,” says Bryan Stirling, Director, South Carolina Department of Corrections.

This is not the first time drones were deployed in a bid to assist escapes or to drop drugs.
South Carolina officials were still investigating a previous incident, which included Causey placing a dummy in his bed to trick prison guards. He was arrested around 3am in a motel, where he was sleeping after the authorities received a tip.
At the time of his arrest, he had four mobile phones, $47,654 in cash, a pistol, and a shotgun.
This is the second time Causey escaped. In 2005, he escaped by hiding in a trash car with another inmate. He was arrested 3 days later.
Share

LG Gram 15 Specifications: Just too light like some smartphones