The coming of USB 3.2, the latest USB-C specification 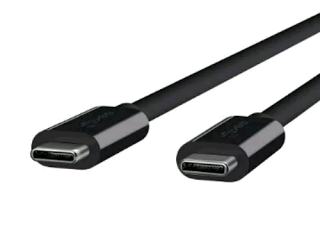 USB-C has long been described as the universal standard for all mobile devices. It is a single port that can charge practically any device, including phones, laptops, tablets, Bluetooth speakers, and even Nintendo consoles, all through a single common port.

Nevertheless, several factors have been making charging a complicated process, including different voltage requirements, specifications for data transfer and power,
This means that there is no guarantee that when you plug in something to a USB-C port, there’s no guarantee that it will work exactly the way you expect it to. With that in mind, the USB 3.0 Promoter Group, which includes Microsoft, Apple, HP, Intel, Texas Instruments and others, has announced yet another specification – the USB 3.2 specification.
Related Posts

The USB 3.2 specification will support multi-lane operation which, in theory, will allow devices to transfer multiple lanes of data at the same time. It is supposed to be faster than USB 3.0, allowing up to two lanes of 5GBps or two lanes of 10GBps operation.
To make use of USB 3.2, you would need a device that supports it. That said, assuming the host and recipient devices are compatible with USB 3.2, even older USB 3.0 cables will see faster speeds of up to 2GBps. So, assuming manufacturers support it, you should still see some advantages from the new specification even if you are not ready to upgrade your devices to support USB 3.2.
Given that USB 3.2 is not supposed to be finalized until later this year, it will probably take a little while before we see the new standard roll out to devices. Furthermore, there is more news planned for the USB Developer Days event in September of this year.
Hopefully, there would be more to discuss on this subject matter when this event takes place. However, for now, we look forward to devices supporting the USB 3.2 specifiation.
Via
USB
Share

How to import videos from iPhone to Mac

Goodbye To MicroUSB, All Phones To Start Using The Same Charging Port In Europe