The AirBar brings touchscreen function to the MacBook Air 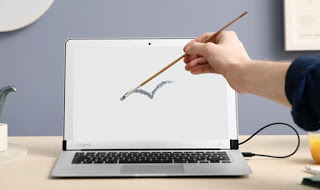 MacBooks are known for having a lot of features. However, a touchscreen is not of these features. This has left some Macbook users wondering when Apple would include a touchscreen in a MacBook, seeing as a lot of other laptops now have touchscreens.
However, there’s a device now that adds touch functions to the MacBook Air laptop. This is a USB-connected sensor bar , called the AirBar, that attaches to the bottom edge of the display.
The AirBar sends a beam of light from a slim, sleek bar that attaches magnetically below the MacBook’s screen.
The device’s USB connector sits on the end of a short wire, and it fits into the USB port on the right side of the MacBook. It’s easy to install; just align the bar along the bottom of the screen, then attach a couple of small round magnets.
Related Posts 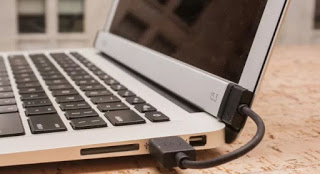 This gives you one-finger plug-and-play functionality right away. Also, there’s a special MacOS driver on the official AirBar website, which adds support for multifinger gestures like pinch-and-zoom.
The AirBar fits in perfectly with the design of the MacBook Air. Note that the device is only compatible with the MacBook Air, as this is the only MacBook that has a standard-size USB port. There are versions of the device that are available for Windows laptops.
However, the MacBook Air version stands out, as it is designed to blend right in with the laptop when attached. You would only need to remove it when you need to close your laptop.
Right now, Apple claims that the touchscreen function works with any object. This could work well for artists who want to sketch on their MacBooks with a paintbrush or any other instrument. However, it is not quite like the Apple Pencil on an iPad Pro.
Now, there are a few issues that need to be solved with the AirBar, but for now it looks like a pretty great addition to the MacBook Air. The device is not yet on the market, though, but it will soon be available on Amazon for $99. The Windows version is already out for $80.
MacBook
Share

Netflix was the top grossing app in Q2, with mobile revenue up 233%

Facebook bringing ads to Messenger in the coming months