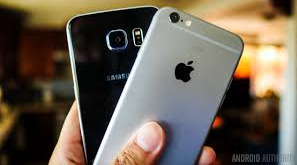 The South Korean tech titanic’s quarterly earnings was released on Thursday and the figures show that Samsung is on course to overtake Apple as the world’s most profitable tech company. The firm said huge sales of its new Galaxy S8 smartphone and demand for its memory chips were behind the jump in April-June and predicted another blockbuster report for the current quarter to September.
Samsung pulled in 61 trillion won ($54.8 billion) in revenue and 14 trillion won ($12.6 billion) in profit for the three months ending June 31. Apple will release its earnings for the same period next week. Analysts expect the Apple to report revenue of $44.9 billion and an operating profit of $10.5 billion.

Though Samsung is the world’s leading smartphone maker, it was bumper demand for memory chips that drove the company’s earnings to new heights. The chips unit posted 8 trillion won ($7.2 billion) in operating profit, or nearly half the group’s total. Analysts expect the momentum to continue for the rest of the year, driven by the release of Samsung’s next smartphone, the Galaxy Note 8, and sustained demand for memory chips.
Nonetheless, Greg Roh, an analyst at HMC Investment Securities, told AFP:

“Samsung has surpassed its rivals for now but Apple usually sees little fluctuation in its profits whereas Samsung’s profits fluctuate largely on memory chip prices.”