By Andre Falana On Jul 10, 2017
Share
Join Us On Telegram
Recall that when Nokia bought the health tech company
Withings last year, it was immediately rebranded as Nokia Health. This involved
hardware and software. 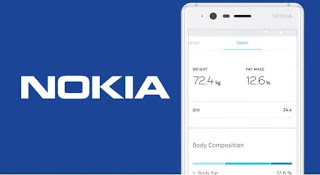 Now, unpleasant reviews from users have been trailing the
new app in the app stores. Some of the bad reviews says some features they used
were missing and there were technical issues with the software.

One told the BBC that “Nokia
took over and totally trashed the Withings app in one swoop.
“The first release of
the app was so full of bugs it was incredible. Their new app is appalling and
everyone wants the old one back, which we loved.
Related Posts

“They’ve decimated our
investment in quite expensive Withings products.”
Some of the main concerns handlers have with the new app
include problem encountered with synchronization between Withings hardware and
the app. Frustrations occurs with the bugs in the software during use, a new
theme that makes the app less user-friendly, and the eliminations of features
that were present in the old Withings app.
Nokia responded to BBC, saying: “Regrettably, a few users faced bugs and syncing issues, others were
frustrated to find some features from the previous version were not included,”
Nokia said for the BBC.
“We released an update
which corrects many of the issues. Very soon we will have another update to
integrate the few missing features.”
It seems in spite of the bad reception of the new software,
Nokia is working on how to make things right. But, a lot of users depends on
the data from the Withings ecosystem, so Nokia will need to act work on this
sooner than later, so as to avert permanent damage to its Nokia Health brand.
The Finnish Company said, “We will not be satisfied until the final issues have been addressed to
deliver the quality user experience consumers have come to expect from Nokia
products.”
Share