By Andre Falana On Jul 28, 2017
Share
Join Us On Telegram
Some of us may find it difficult to live without our smartphones this days. But, the fact that they run on batteries makes them momentarily useless when those batteries run out. This simply means that people spend much of their valuable time to charge their phones. 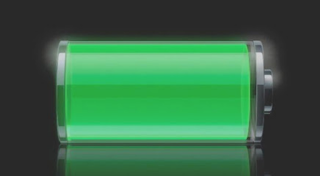 Now, nanomaterials researchers at Drexel University have managed to come up with a solution that would ensure that we never have to spend ages charging our phones anymore.
These researchers created a material called MXene, which is a two-dimensional material consisting of a hydrogel and an oxide metal. This material is structurally dense enough to shield radiation and filter water, and it is also highly conductive. This makes it a good option for battery membranes.
Related Posts

Checkout A Phone Casing That Pops Out Legs When Your Phone…

This is due to the chemical makeup of MXene, which optimizes the flow of electrodes though it. Batteries hold ions in pots called “redox active sites” to hold a charge, and the number of ports a battery contains is directly proportional to the amount of charge a battery can hold. But unlike today’s battery membranes, which have limited paths for ions to get to ports, MXene creates multiple paths for ions to travel through. Also, MXene’s naturally high conductivity helps move the ions along quickly, which increases the effective recharge rate.
The end result might be a battery that takes just tens of milliseconds to fully recharge, instead of minutes or hours. Yuri Gogotsi, a materials science and engineering professor, states that MXene’s application in the real world could lead to better laptop batteries and electric car batteries.
MXene is not yet commercially viable. Mr. Gogotsi says it would take at least three years before mass-manufactured products like cell phone batteries get this tech. However, the research team is committed to exploring new applications in the near term.

“If we start using low-dimensional and electronically conducting materials as battery electrodes, we can make batteries work much faster than today. Eventually, appreciation of this fact will lead us to car, laptop and cell phone batteries capable of charging at much higher rates – seconds or minutes rather than hours.”

Google introduces SOS Alerts for emergencies, less annoying to that of Facebook

Checkout A Phone Casing That Pops Out Legs When Your Phone Is Dropping?

Features of the SanDisk iXpand Base for Apple iPhone backup (video)