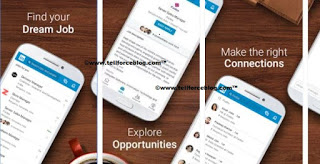 Does the number of haters really matters? All they need is job. LinkedIn is still a top
job search engine and a tool for creation of connection. LinkedIn which is
owned by Microsoft has trailed Facebook’s paths by unveiling a lite version of
its “social network” called LinkedIn Lite, just 1MB in size.
LinkedIn is targeting the emerging markets with less
powerful smartphones and with challenging or slower data connections, beginning
with India.
LinkedIn Lite was originally developed as a mobile site for
India late 2016, so this isn’t the first time that some people will be seeing
the concept.
This 1MB app (actually it’s 2MB when installed on Galaxy S8+
and some other devices, however close enough) makes LinkedIn 80% easier to
load, and it’ll load a page within five seconds, even on an obsolete 2G
network. Almost everything from the regular 27MB app is intact; the news feed,
profile, networks, messaging, and notifications are still accessible here, except
the most data-consuming features.
The app is presently only available in India, however it’ll
be made available in 60+ other developing markets soon.
Another thing is that LinkedIn has no plans to make the lite
version available on iOS platform, given that 97% Android marketshare in India.
If you wish to give it a try, download the LinkedIn
Lite APK from APK Mirror.
Source
ALSO READ:  Wiko Lenny 4 Plus Specifications and Price
Advertisment