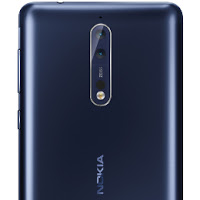 During the week-end, Tellforceblog reported that an Android-based Nokia 8 could be released very soon. Now, we have what seem to be the first legit renders showing the Nokia 8 in all its glory.
Revealed by Venture Beat, the renders allegedly present the front and back of the Nokia 8. Obviously, this is a handset that doesn’t stray too much from the design of HMD’s current line-up of smartphones – Nokia 6, Nokia 5, and Nokia 3.
Related Posts

The yet-to-be-announced Nokia 8 has pretty thin bezels on the right and left side of its screen, but the top and bottom bezels are certainly on the thick side. There’s a fingerprint scanner on the bottom bezel, flanked by capacitive navigation keys. On the back, the smartphone seemingly has a Zeiss-branded 13 MP dual camera – just as expected.
Unlike the Nokia Android phones that are currently available to buy, the Nokia 8 is a high-end device – a flagship. Its highlight features (besides the dual Zeiss camera) reportedly include a Qualcomm Snapdragon 835 processor, a 1440 x 2560 pixels display (possibly measuring 5.3 inches), up to 6 GB of RAM, and 64 GB of internal memory. 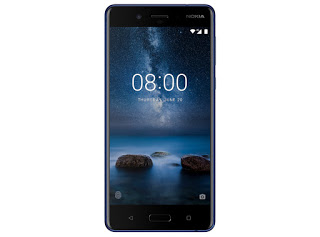 The Nokia 8 likely runs near-stock Android 7.1 Nougat, and might be announced in about two weeks’ time, on July 31. It’s said that the handset will cost under €600, which means it could cost under $600 in the US. Unfortunately, for now, we don’t really know if the Nokia 8 will be officially released in North America. Nevertheless, we’ll bring more information about the phone as soon as we have it.
What do do you say, does the Nokia 8 look like a device ready to compete with all the other flagship smartphones of 2017?