By Andre Falana On Jul 31, 2017
Share
Join Us On Telegram
Huawei, the world’s 3rd largest smartphone maker has
announced that it will no longer produce low-end smartphone in order to improve
sales and profits. This is gradually confirming the extinction of low-end
Huawei smartphones. 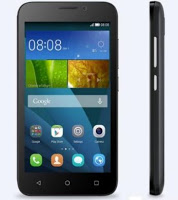 Huawei claims the reason for taking this decision is because
the margin is extremely low and that they will move forward with the production
of only mid-range and upper-range smartphones henceforth. Huawei says:

“We are giving up the
very low-end devices because the margin in this is extremely low, and it’s not
making enough profit for us”

Way back in 2014, Huawei reported a cut in production of
low-end devices. And now, the brand has complete drop the production.
Related Posts

Huawei is not the first smartphone manufacturer to announce
an desertion of the low-end market. The attraction of becoming the Android
equivalent of Apple is solid. HTC and Sony have endeavoured to follow through
on that path, but with slight success. BlackBerry also abandoned budget
smartphones in 2013, but that move almost killed the brand too. These trademarks
are still struggling till now.
However, Huawei case might be different since they are the
world’s 3rd biggest smartphone maker after all. That could be an edge for them.
All the other brands that have bid to ditch the low-end have been businesses experiencing
financial struggles. Nonetheless business of making Android smartphones have
not been very lucrative (only Apple makes over 90% of the smartphone industry’s
profits), Huawei is not precisely in the league of struggling phone makers
though, so possibly they can pull this off.
If they do pull off the plug, maybe one day, they will drop
the production of mid-range too and concentrate only on making high-end
devices. Time will tell.
Meanwhile, there are many options available in the low-end
smartphone market so don’t feel hurt, it’s a jam-packed habitation, with all
manner of Android phone makers in town.
Source
Share

Jins Frontswitch: Glasses made by robot to protect your eyes in 3 ways