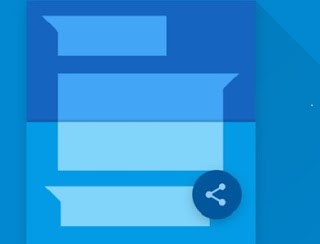 Talking about Scrolling Screenshots feature, rate Samsung
Galaxy S8 high, it’s one of the most useful features of the Galaxy S8. This
feature enables users to take longer screenshots of a complete page.
There are several apps that attempts to perform this feature
by combining all your desired screenshots together into a single file, but that
iis a bit stressful. Instead of stressing yourself with that, you can get the
scrolling screenshots on your smartphone.
Samsung users were the first set of people to get this
scrolling screenshots feature, as a result of its introduction on the Note 5.
Later, the Samsung Galaxy S7 arrived with an improvement on the feature. On the
Galaxy S8 the feature is called Scroll Capture.
Though, other devices on Android platform does not come with
the feature by default but it can be downloaded on them. There’s a third-party
app that allows you take long screenshots in case you do not have Galaxy
phones. The app is called Stitch & Share.
Stitch&Share allows users to take normal screenshots
then it stitches them together automatically. The major difference between the
Stitch&Share and other apps is the automatic merging of your screenshots.
The only thing you have to do is to save the screenshot as a single file. It
even allows you share it from the app afterward.
How to use the Stitch&Share
app to take scrolling screenshots

Step 1. Upon downloading the app from the Play Store, grant
it the required permissions, which is just take screenshots.

Step 2. Then scroll on until only a small part of what you
captured in the first screenshot is showing on your screen.

Step 4. Repeat Step 3 until you have captured your desired
portion of the page.

Step 5. Now, swipe down to open your notification panel of
your smartphone and tap on Stitch & Share to open the app.

Step 6. From the app, tap on the green arrow to save your
long screenshot.

Note: A small watermark will show at the bottom right of
your screenshot, this can only be invisible if you upgrade to the paid version
of the app.
Aside getting the paid version, Stitch & Share gives you
very good scrolling screenshots. Give it a try.
Android
Share